Kashi also known as Benares, Banaras or Varanasi is a North Indian city on the banks of the Ganges in Uttar Pradesh, India, 320 kilometres (200 mi) south-east of the state capital, Lucknow, and 121 kilometres (75 mi) east of Allahabad. The spiritual capital of India, it is the holiest of the seven sacred cities (Sapta Puri) in Hinduism and Jainism and played an important role in the development of Buddhism. Kashi lies along National Highway 2, which connects it to Kolkata, Kanpur, Agra, and Delhi, and is served by Varanasi Junction and Lal Bahadur Shastri International Airport.

Kashi grew as an important industrial centre, famous for its muslin and silk fabrics, perfumes, ivory works, and sculpture. Buddha is believed to have founded Buddhism here around 528 BC when he gave his first sermon, "The Setting in Motion of the Wheel of Dharma", at nearby Sarnath. The city's religious importance continued to grow in the 8th century when Adi Shankara established the worship of Shiva as an official sect of Kashi. Despite the Muslim rule, Kashi remained the centre of activity for Hindu intellectuals and theologians during the Middle Ages, which further contributed to its reputation as a cultural centre of religion and education. Goswami Tulsidas wrote his epic poem on Lord Rama's life called Ram Charit Manas in Kashi. Several other major figures of the Bhakti movement were born in Kashi, including Kabir and Ravidas. Guru Nanak Dev visited Kashi for Shivratri in 1507, a trip that played a large role in the founding of Sikhism. In the 16th century, Varanasi experienced a cultural revival under the Muslim Mughal emperor Akbar who invested in the city and built two large temples dedicated to Shiva and Vishnu, though much of modern Kashi was built during the 18th century, by the Maratha and Bhumihar kings. The kingdom of Benares was given official status by the Mughals in 1737 and continued as a dynasty-governed area until Indian independence in 1947. The city is governed by the Varanasi Nagar Nigam (Municipal Corporation) and is represented in the Parliament of India by the current Prime Minister of India Narendra Modi, who won the Lok Sabha elections in 2014 by a huge margin. Silk weaving, carpets and crafts and tourism employ a significant number of the local population, as do the Diesel Locomotive Works and Bharat Heavy Electricals Limited. Varanasi Hospital was established in 1964. 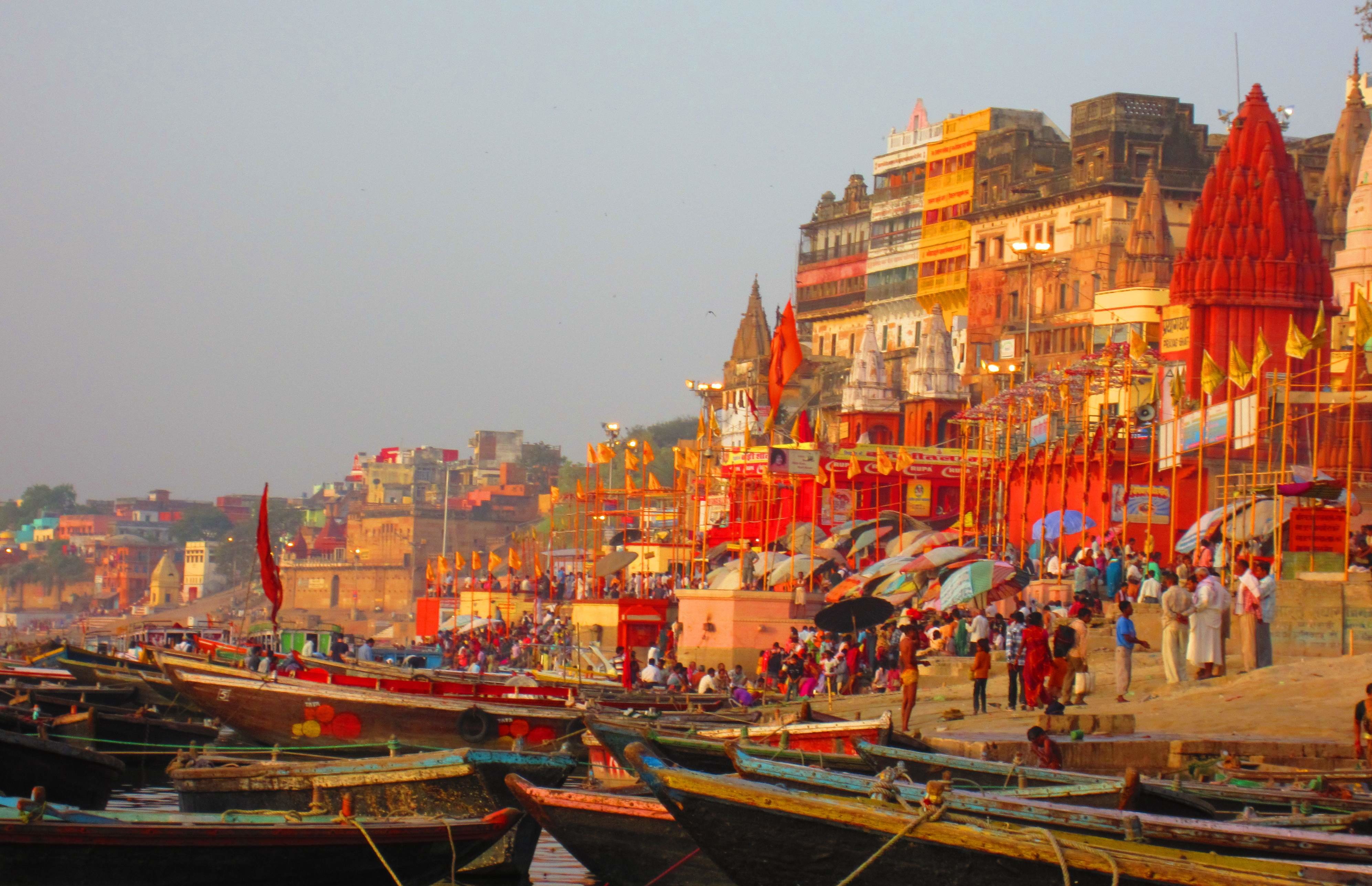